Ever since listening to Jack Kruse talk about Circadian rhythm, I’ve been trying to do things right as far as lighting. My room has a florescent light, and I’ve been thinking about installing some standard light sockets (and connecting them to a sensor and dimmer). I’ve spent a lot of time thinking about this the last few days trying to do it right. Incandescent globes have actually been banned locally, which have the lowest colour temperature (most red). I was going to hook up some red LED sensor lights for night time. Until I read this forum post… So no LED lights, and I’ll be taking that dimmer back I guess. By chance I have a 12v halogen lamp behind me (as recommended by jack in the linked forum thread), so that will be getting use.. Not sure if the glass protector should be removed regarding UV as shown here. So halogen globes are available locally, although they have higher colour temp than incandescent.. (from here) 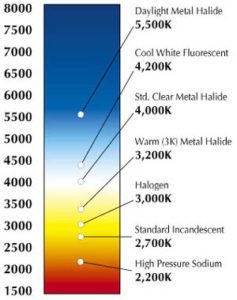 YouTube just autoplayed this song for me. Instant favourite. You know me too well. This song is like cruising along at dawn in cool weather, through winding roads, with a little fog, and a whole bunch of serotonin.

Did a 7:30pm BJJ session last night, was really good. I’ll note that Ben Greenfield’s comments about training sooner than 3 hours before sleep messes with deep sleep. Can confirm, finished training after 9pm, under florescent lights (blue light). Feeling like I didn’t get good sleep, which I noticed during the night.. I’ll modify that in the future.. 6pm sessions from now on.

Did a butterfly sweep from guard. So if I have butterfly guard, and the have double unders.. pretty specific, perhaps I could incite this by trying to get double unders on them. Anyway then flatten you out. You can kick your legs forward, and follow with your torso to bring you back up past vertical. Fall back at 45 degrees either side, and kick the opposite leg into their butt, to sweep to mount.

Standing double under-hook defence. When they go for double unders, from over/under, pressure both their arms by using straight arms facing down. With their arm that already has your back, guillotine it, by pulling the blade of your wrist into their upper arm, while extending that guillotine into their opposite armpit, you can push their other arm across your body, so both arms are trapped under that guillotine. Step your hips and chest up against their body.

Stack defence from closed guard.
Overhook one arm of theirs, other arm is a neck tie, cupping the back of their neck. Hold this tight against them. If they go to lift you (for a slam), Simply drop the leg on the overhook side and push back, defeating their attempt to lift you. If you drop the leg on the neck tie side, they can pass your guard. bad.

Last weeks side control transition to a sub (head and arm choke?).
In side control, underhook their far arm. Crawl this hand up, while doing the same with your close arm against their head, to compress their head and arm together to some extent, while also applying chest pressure. With the close arm, grab their far armpit, allowing your far arm to move their far arm so that your head is on the far side of their far arm. Now will need to transition to the other side. Can move up to knee ride. Last night Darren described windshield wiper motion to move from knee ride to the other side. Do this, and then sprawl. Bringing your bicep down on their neck is the sub, basically.

So much good stuff