The first minute and a half of this trump speech is the beginning of a crazy Alien Film. and it’s real. Crazy.

Just at the end of a 40 minute meditation I was just thinking how the Joe Rogan Experience Podcast serves the role of an elder for the early 21st century western neophyte (I hate using words like neophyte due to my belief that often tricky words are a way of expressing how much of a douche you are). Anyway, neophytes, in that the conversation is spiritually nourishing with it’s lessons of guests, very often over 40 years old,  who tell stories about whatever, embedded with their own life lessons and methods of becoming efficient in one skill or another… That’s why it’s my favourite podcast.

I watched this movie despite it’s not so great IMDB rating due to I mean what’s not to love about a clandestine thriller movie? Even worse on rotten tomatoes; 43%! wow. I give it 5 stars. It has everything I love in a good clandestine op’s film. Eh…

I especially like the casual almost humorous casting of the Lead and the lead Spy boss guy, I think the human aspect in that regard is cool, and not trying to create some scary bad guy or whatever.

I’m on my 4th Clock Radio for the year. This one is good.

This one has 2 ferrite chokes on the power cable so that validates the reason I chose a Sony..

It isn’t exactly loud, compared to it’s side-table companion SRS-X3 also Sony Bluetooth speaker, but I guess they engineered it do do a job. I’d say the speaker is spec’d to the quality of digital radio – which really isn’t great in my experience (64kbps…?). Although the real quality is what’s coming out of it, the digital radio stations are bringing all this nostalgia back with the 90’s channel.. bit of a gift 🙂 and the reason I bought it, the chill out stations

It doesn’t help that I watched this on a day where I feel crap. So I guess I overloaded my adrenals this morning with a coffee :/ I had 60 grams of carbs in the form of baked potatoes over lunch going with the theme of not caring (daily total 114 carbs, 154 protein and 161 fat, with dinner before 5.. fasting time). I watched ‘The Act of Killing’ which the Director Josh Oppenheimer describes as showing the underbelly of the society which we live in. It’s interesting how it shows the emotional struggle of the main character, basically a genocidal serial killer. Interesting as I think his struggle forms the individual version of the struggle we see in capitalism; confused in it’s malignant nature.

The film remind me of the saying ‘play with pigs and you’ll get dirty’. Anyway, after reading several of Stan Grofs books, I’m optimistic about the cyclical nature of death and rebirth on a collective scale – in the polarised sense that you can’t know light without darkness. 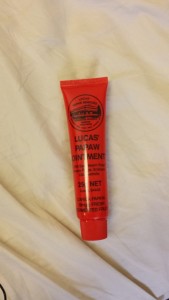 contains petroleum jelly aka petro-chemicals.. Umm why would I put that on my skin? 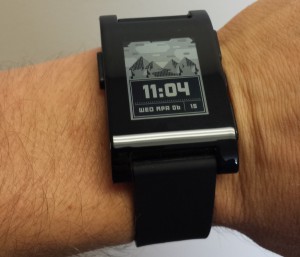 I’ve had my Pebble watch

nearly a week now and have basically got the hang of it. I’d recommend it except that I don’t like people copying me. It seems validly waterproof which I’m happy about, the info I can pull from my phone is really handy. Not perfect, but I can’t really expect my podcast app to have a pebble companion app which allows me to navigate my podcasts – although apparently using ‘tasker’ you can do stuff like that. Having the weather and all my notifications come through is pretty cool. Most of the weather apps I tried were pretty buggy but I’m happy with the one I’m currently using. Also the fact is cost $70 was definitely part of the appeal for me.